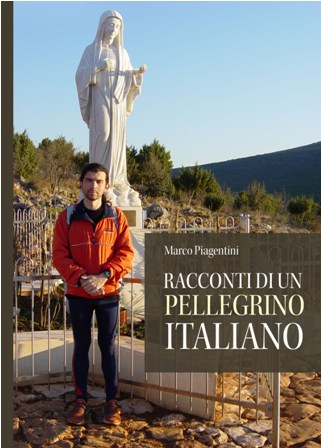 ... and this home page, as per its name, it'P: s really a PAGE, a SINGLE PAGE organized VERTICALLY,
this means that to see it all you just need to scroll down :)

Well, since right today, and solely for the Grace of God, I reached the VENERABLE age of 50 Years, 7 months, and 29 Days,
and after years of attempts looks like I'm not able to find the time to do a serious website,
to share something of my life with you I decided to use this page, which is basically as a pointer to some social network ...

... basically Facebook, at the following address: http://www.facebook.com/djgiap
I rarely use Twitter, where anyway I have a profile at http://twitter.com/djgiap
while I'm trying to keep updated my curriculum on Linkedin at http://it.linkedin.com/in/marcopiagentini

most of the contents on the networks is in Italian, which is no more a problem nowadays if you use Google Chrome or Google Translate
but I do often post in English, especially contents related to Medjugorje


beside all of the above, on THIS site, at least up to date, you can find ONLY New York City Marathon 2002 "report", both in ORIGINAL and BRIEF version,
The last one expressly edited by Dagmar Lasic for Peace Marathon Medjugorje 2008 official site,
This marathon has been run only in 2007 and 2008, but ... God Willing, someone will be able to put it back on track in the future !!!

The above story is part of my book, "tales from an Italian Pilgrim" ...

... that, God Willing, I should be able to complete soon.

Anyway, even if back from 2008 ... the following two pictures are quite self-descriptive :

... even if, as already said, lately I'm updating only my Facebook profile, mainly in Italian (but Google translate does a reasonable job).